Get social with us.

The Romans club was founded in 2015 by a small team of committed individuals who managed to secure the services of Tom Howley (British Army & Armed Forces Rugby League International) as player/coach for the first campaign. 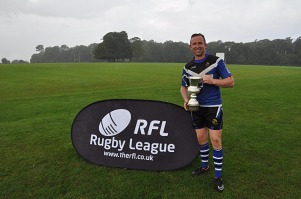 Having been hosted in the first season by the Leafy Lane Playing Fields organisation, Romans moved on to the Corsham RU Club for the 2016 season when the major success was in completing all the fixtures with results not going too well. However, there were some spirited performances, for example going down by just four points against the eventual champions Portsmouth Navy Seahawks, but just one success, against Gloucestershire Warriors.