Get social with us.

A solid performance and a good match resulted in Romans losing by 26 points to 30. The game could have gone either way - with Romans leading by 26 points to 24, a last-minute try and conversion secured a victory for the Warriors. Kane Bond opened Romans' account in the 6th minute with Leigh Wheatley converting. Warriors countered with tries from Massey (2) and Roberts with Cooper converting one of Massey's tries. Just before the break, Leigh Wheatley went over for Romans to make the half-time score Romans 10 Warriors 14.

In the 42nd minute Robbie Vannard scored a fine try for Romans with Leigh Wheatley converting to give Romans the lead by 16 points to 14. Warriors immediately countered following a short kick-off with Ash Lewis going over under the posts and converting his own try - Romans 16 Warriors 20. On 61 minutes, Bruce Vuetanototoka went over for Romans to level the scores at 20-20 and Romans remained in the ascendancy with Mike Salter scoring a good try after 71 minutes and Leigh Wheatley converting - Romans 26 Warriors 20. On 75 minutes, Lewis pulled a try back for Warriors so Romans remained in the lead at 26-24 but that last-minute try by Tanner and a conversion from Lewis made the final score Romans 26 Warriors 30.

See Romans' scorers for list of scorers throughout the season

Romans' Man of the Match was Harry Iles. Pictures follow: 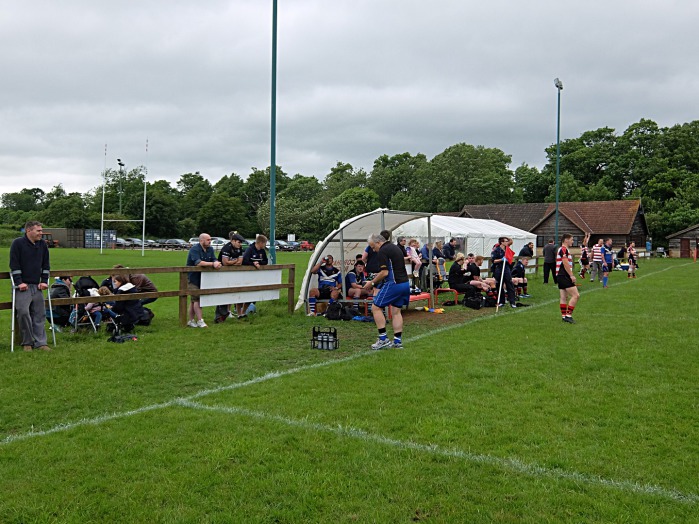 A good crowd in on this blustery day 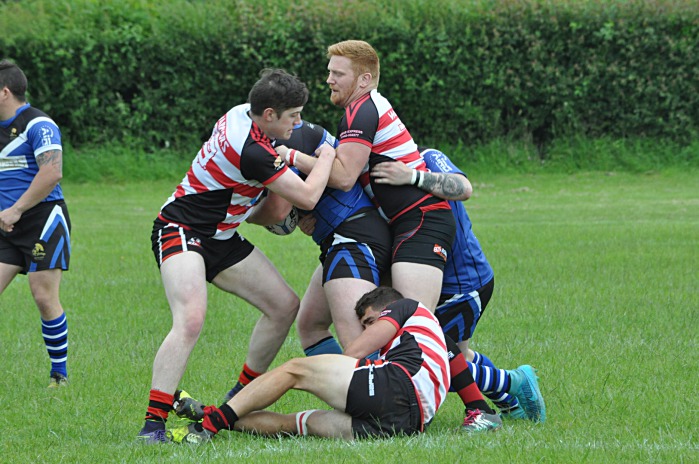 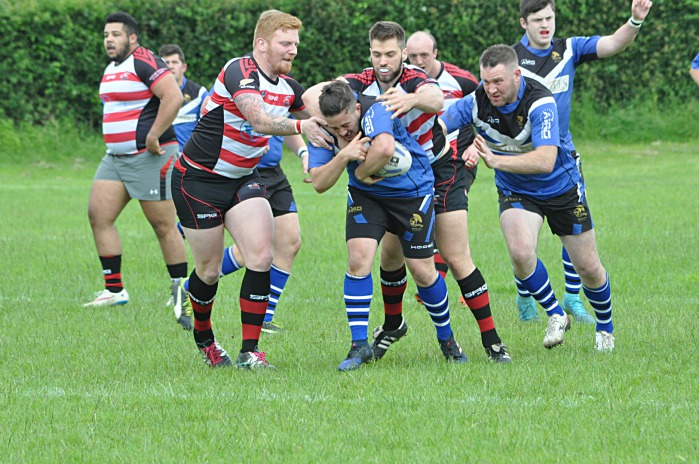 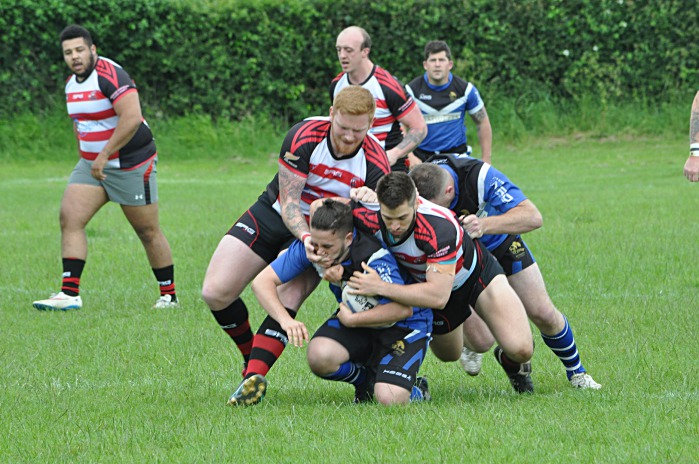 This tackle should have been penalized 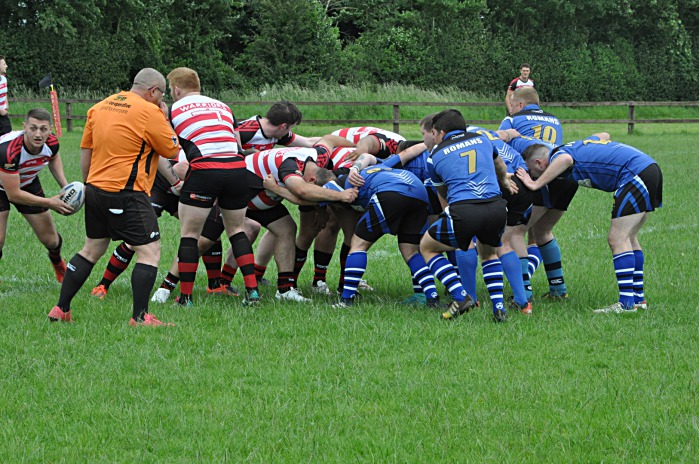 A tortuous away trip with the M48 closed and Romans travelling with a depleted squad resulted in a 10 points to 66 loss against top-of-the-league Forest Bulldogs. Leigh Wheatley, Mike Perry and Harry Iles put in solid performances but Romans' man of the match was Alex Pugh. Luke Harris and Mike Perry were Romans' try scorers with Leigh Wheatley adding one conversion. Some pictures from the match follow: 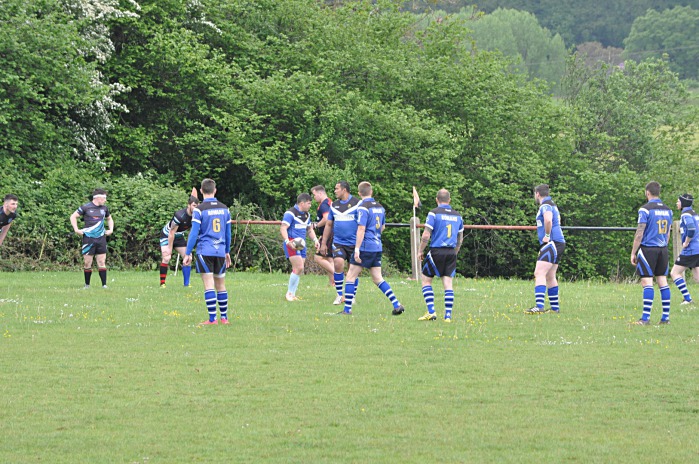 A Romans' try early in the piece 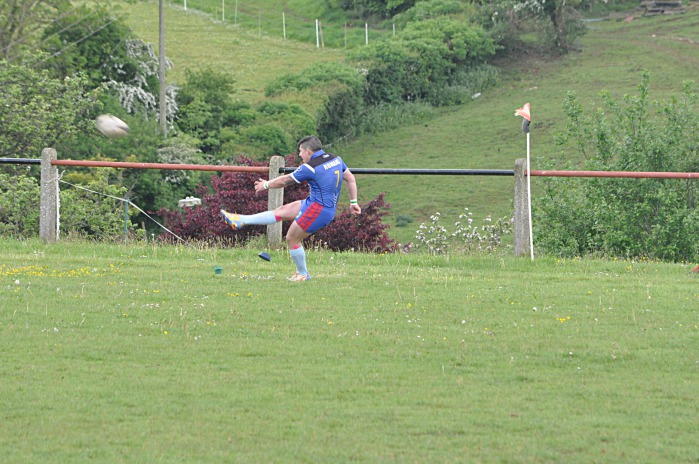 A conversion from Leigh Wheatley 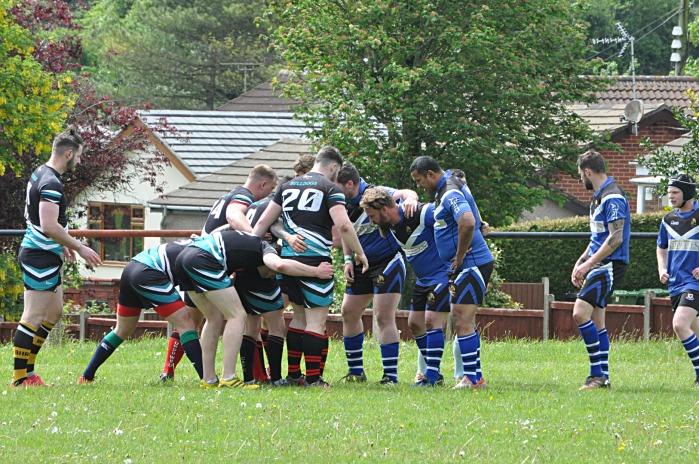 Packing down for a first-half scrum 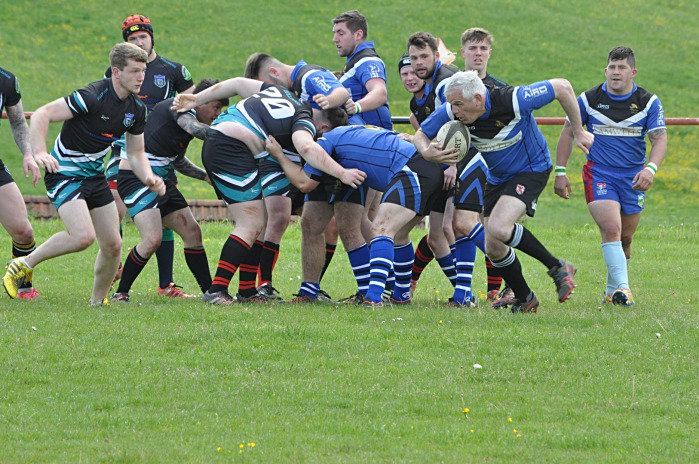 Loose-forward Ash Salter bringing the ball away from a scrum 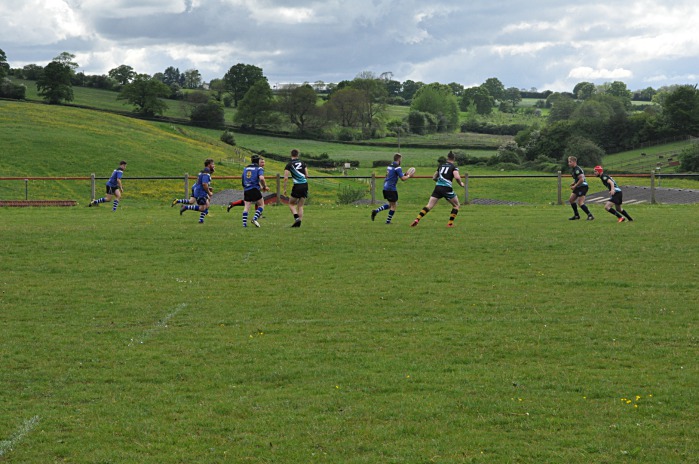 Chris Barter with a trademark dummy 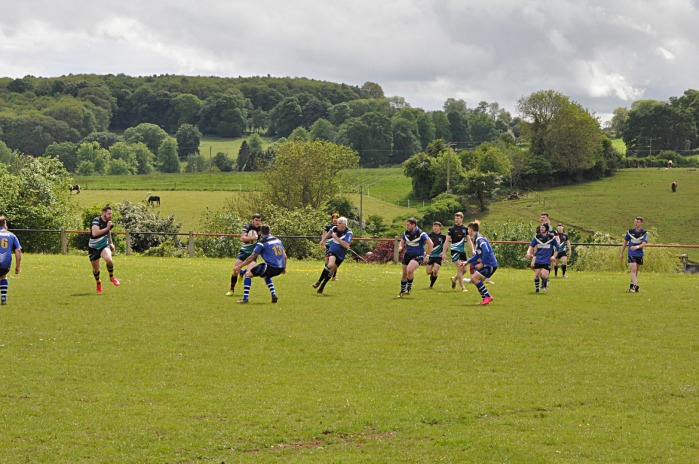 Romans on the defensive in the first half 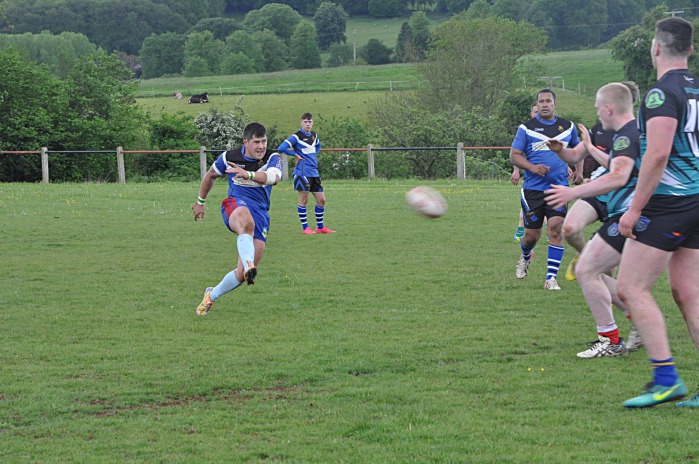 A kick through from Romans' scrum-half Leigh Wheatley in the second half ... 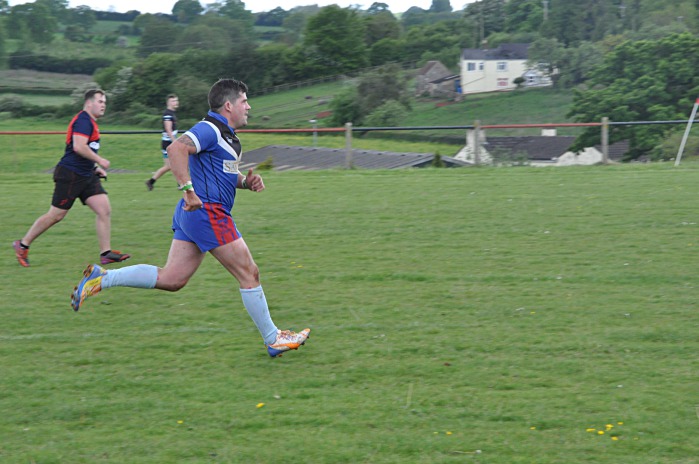 ... Leigh Wheatley follows up his kick through 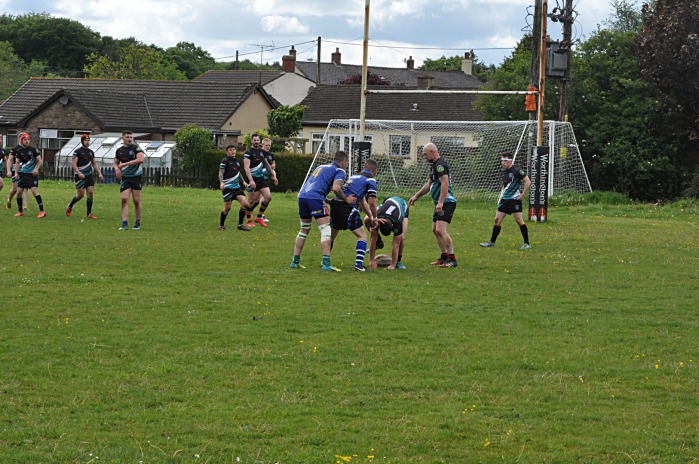 The first match of the season resulted in a loss for Romans by 16 points to 30. As with a number of matches last season, one team stormed into a commanding lead which, unfortunately, on this occasion was Somerset Vikings. At half-time, Vikings led by 20 points to nil. A resurgent Romans won the second-half by 16 points to 10 but Vikings' lead could not be pegged back further leaving the final score at 16 points to 30.

The pitch was rock hard owing to the extraordinarily dry spring but, luckily, there were no serious injuries. However there were scrapes and abrasions - take a look at the first picture in the gallery below - Jimmy Godfrey looks as if he's done ten rounds with Anthony Joshua.

Romans' man of the match was Shaun Allen but there were many other fine performances throughout the team. One highlight of the team performance was the handling - very few errors in the whole match. This is certainly a positive aspect to take from this game in spite of the defeat. Romans' try-scorers were Ryan Willcox, Shaun Allen and Chris Barter with Leigh Wheatley adding two conversions - see Scorers.

The loyalty of the players who have stuck by Romans is much appreciated as is the presence of many new players, some of whom travelled a considerable distance to play. Thanks are also due Romans' back-room team for all the hard work that enabled this match to take place.

Onwards and upwards - next week Romans travel to Forest Bulldogs, who stand second in the league after just one round of the West of England Pool 1 competition - see Tables. 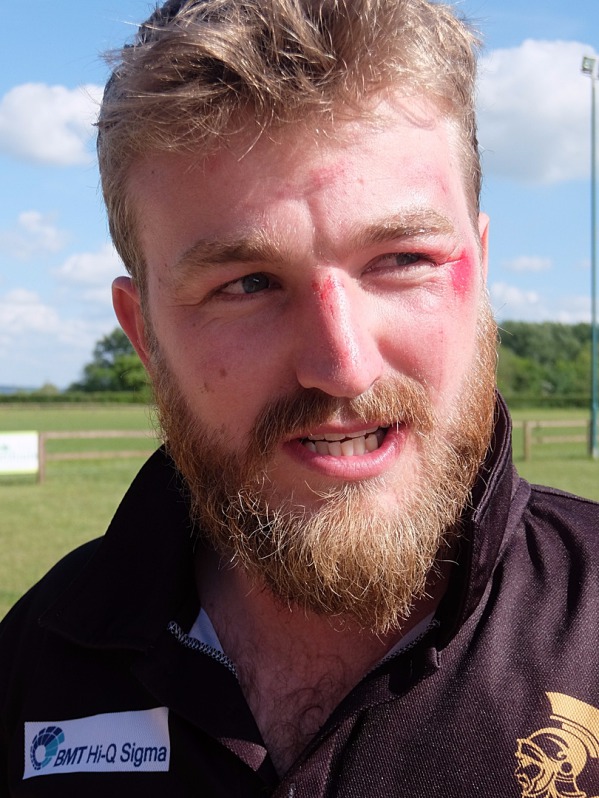 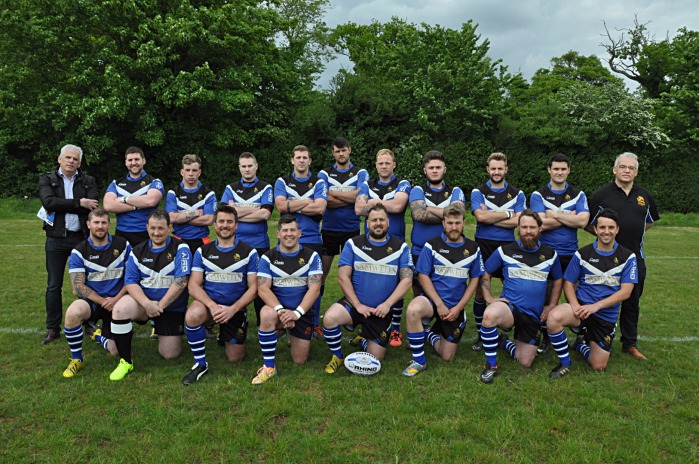 Romans' squad for the Somerset Vikings match on 13th May 2017 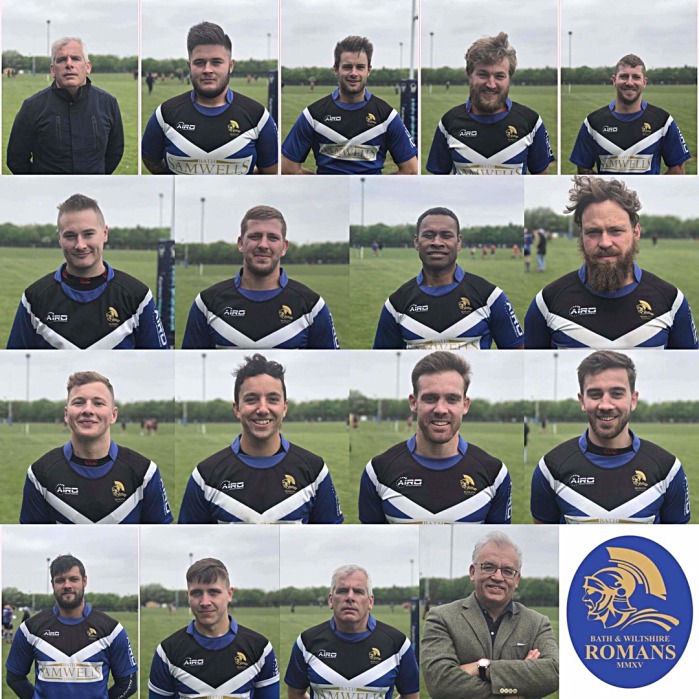 Mark Samwell's (bottom right) summary of Roman's performance and the day in general:

"What a fantastic day at the 9s and a great start to the season. There was only a 4 point loss in the semi-final but the Romans showed their true colours and pulled off blinding performances that they should be proud of. Thanks to all the Romans who showed true team spirit and that rugby is not always about winning but participating and growing as a team. So proud of everyone. Many thanks to Swindon St George for hosting the tournament and for their hospitality" 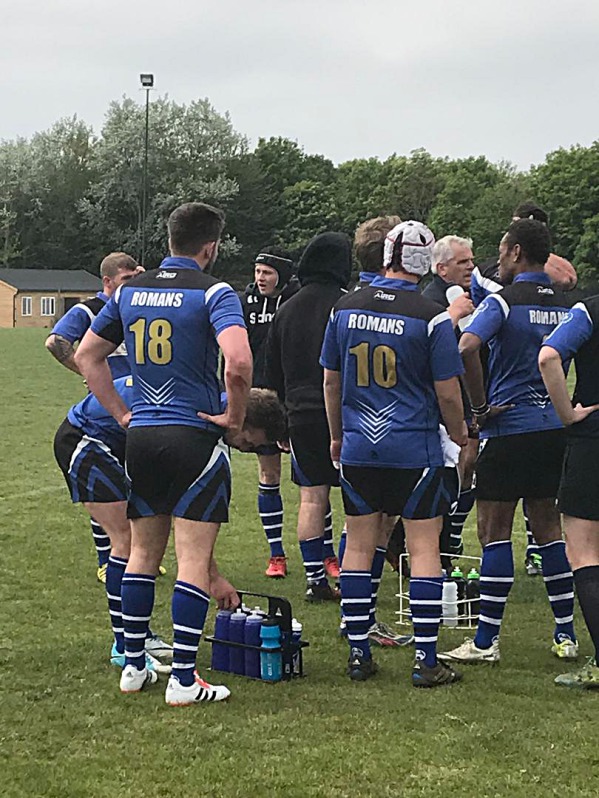 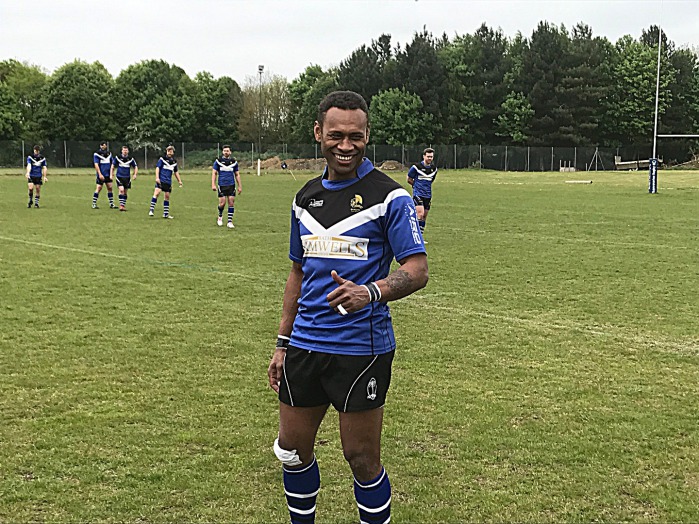 Bruce Vuenatatotoka in positive mood at the Swindon 9s 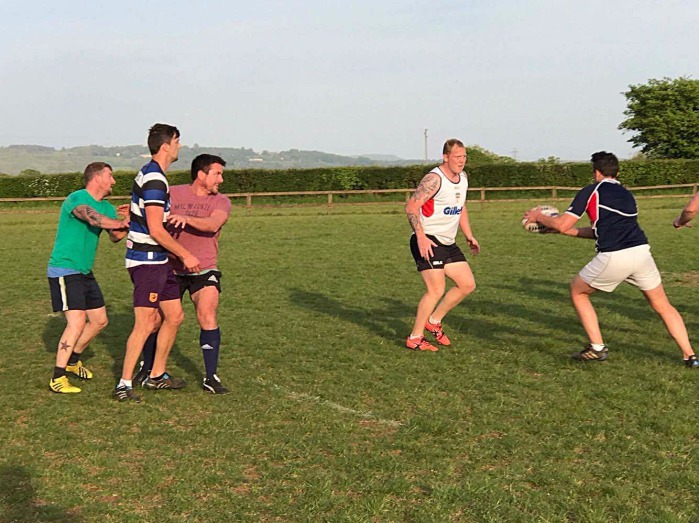 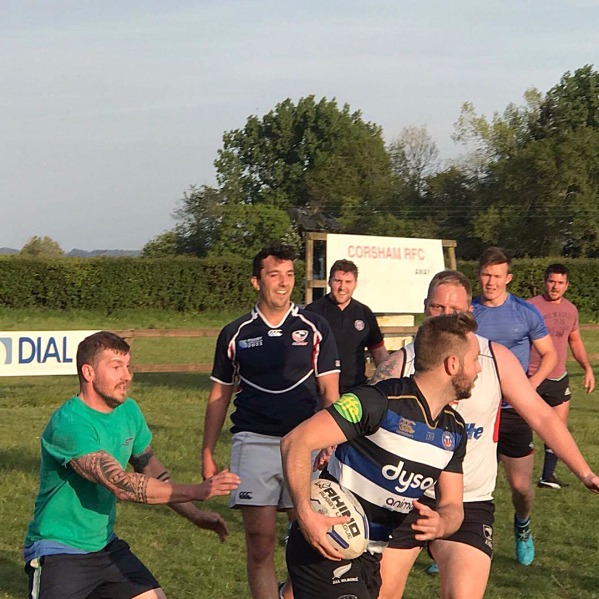 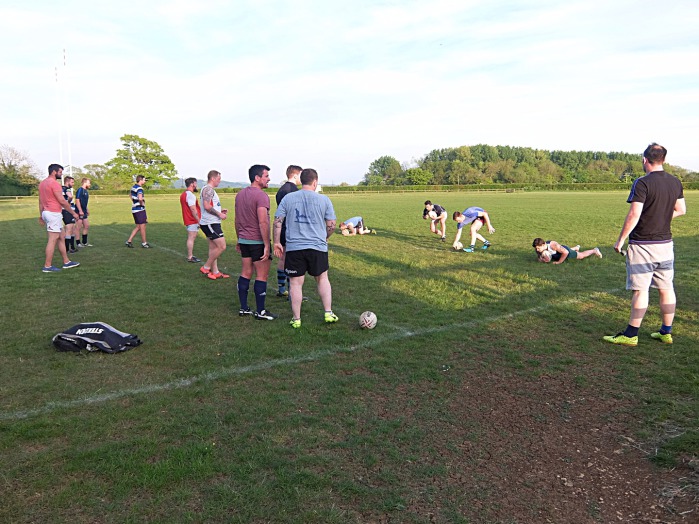